The World: The Protector of the Small quartet takes place in the same year as In the Realms of the Gods. The Immortals War is scarcely over, and Tortall is on the path of recovery. Ten years ago, King Jonathan passed a law allowing girls to openly pursue page training. In those ten years, no one has come forward–until now.

The Plot: Keladry of Mindelan (Kel) spent the last six years of her life living in the Yamani Islands (a fictional country much like Japan) with her ambassador parents. Now 10 years old, Kel has returned to her native country of Tortall to become a page. Unfortunately, the page training master has other ideas.

With the king’s permission, the training master puts Kel under a one year probation period. If she hasn’t proved her worth in one year, she will be sent home. Thus, the first test has begun. Kel has to deal with hazing, weapons training, a difficult horse, and impressing her idea of chivalry (that is to say, bullying is wrong) among a culture that, to be honest, nurtures bullies. 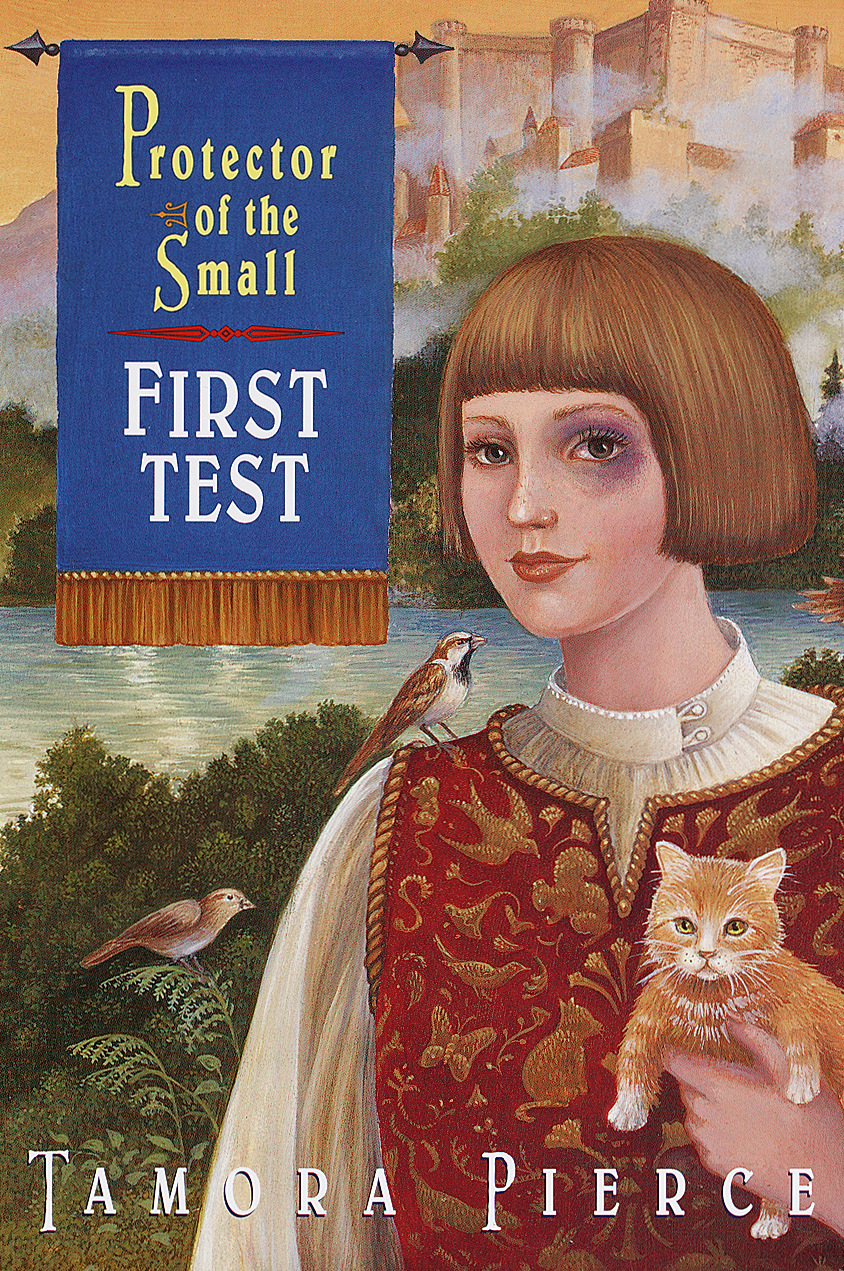 The Good: In the grand tradition of Tamora Pierce novels, Kel has her share of plucky animal companions, including Peachblossom, her crazy-ass horse. After George, my favorite Tamora Pierce hero is Kel’s best friend Neal. I remember swooning over him with my best friend Kate in middle school. His green eyes! His light brown hair swept back from a widow’s peak! His high cheekbones! His arched brows! Coupled with his sharp tongue and dry sense of humor, we were lost.

The Bad: Lord Wyldon, the training master, is a sexist jerk. I mostly re-read the last two Protector of the Small novels (where Wyldon is less prominently featured), so I usually forget how much of an ass he is, but there’s no escaping it. One of his first lines is “Girls are fragile, more emotional, easier to frighten. They are not as strong in their arms or shoulders as men. They tire easily. This girl would get any warriors who served with her killed on some dark night.” I know. I know. If it’s any consolation, Wyldon rarely shows up in the third and fourth books and, and when he does, he sings a much different tune.

The Verdict: Kel took some getting used to, personally. The first time I read this book, I didn’t like her at all. Then I grew up and realized I rejected her because she reminded me (physically) of myself. Minus the muscles and the athletic prowess, of course. I rejected Kel because I saw too much of myself in her, and I wanted to be slender and lovely like Daine. But when I grew up and I realized that there’s a lot to admire about Kel. She’s mature (for a ten year old), she’s calm and cool, and she’s brave but not fearless. And she’s loyal. True to the name of her series, she continually protects the small. Honestly, she protects the small to the point of annoyance, but she doesn’t stand for injustice or cruelty, which is amazing.